NEGOTIATION IS NOT A DESTINATION 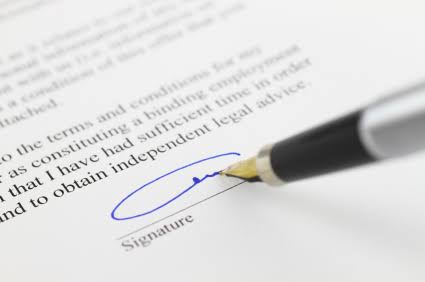 Every business or human development activity is a product of negotiation. We negotiate to partner; we negotiate to put an operating structure in place and negotiate to raise capital, among several other activities. Everyone in business has at one time or the other experienced that ecstasy that comes when you get involved in a business deal you savour. It’s even more experiential when the deal is the hiring of a key staff or the partnering of a friend or acquaintance that comes to the table with a bagful of skills capable of sky-rocketing the business. However, like most things in life, the honey sometimes gets over, quicker than you expect.

Annette and Johnson were such partners when Annette joined the maritime business of Johnson. Back in the days, both of them were friends in University where Annette read law and Johnson, business administration. Johnson graduated first, set up a haulage business in the maritime sector and struggled with it for a number of years. Though the business struggled, there were strong indices that he was in the most appropriate sector, if only he could get around the missing link in his operations structure.

Such was Johnson’s business trajectory until he fortuitously chanced again on Annette. At the time, Annette was well over five years as a practicing lawyer, but could do better with a more enabling environment. Johnson negotiated and proposed that Annette wound up her solo practice and partner with him in an industry that appeared to hold better prospects for her skills and personality type. That was the turning point for the Johnson business.

Like a business angel, Annette was all over the industry, bringing in lots of clients and cutting mouthwatering deals. But the macho ego in Johnson was soon to surface. He was beginning to assume that Annette was fast taking over the shine off his position as Chairman/CEO of the business, having worked her way to becoming the soul of the business. And so he came up with a restricting order. Annette was not to close any deals unless the Chairman /CEO was personally involved at the point the deal is to be closed. Annette resisted and Johnson asked her to resign.

One of the greatest dangers humans encounter is the proclivity to assume certain things without checking that these assumptions are correct. We often frame others in ways that are incorrect and in the process prevent mutually beneficial relationships from sustaining. Although Annette was very sad at this development, she was nonetheless all set to take Johnson to the cleaners through the due process of law.

Fortuitously, Johnson contacted a mediation advocate to refer the matter to a Multi-Door Courthouse since he desired that the separation be devoid of rancor. It was at the mediation session that Johnson learnt one of the greatest lessons of his business life. At the private session with him, the mediator asked Johnson if he had anytime offered to go out marketing with his staff and she refused. The mediator also wished to know if Johnson ever thought of assigning an official car and a driver to Annette to ease her transport challenges. The responses to the probe were both in the negative. The mediator then counseled Johnson that negotiation, like life itself, was not a destination but a journey. He said that in most business dealings parties seldom negotiated once. This was because every agreement serves a purpose but may in the future raise new challenges or gaps that needed to be streamlined. And when this occurs the expectation is to negotiate again to fill in the missing gaps. Having succeeded in getting Annette into his business, he needed to always negotiate new opportunities or challenges, to douse his personal fears and concerns.

It is on the basis of this understanding that parties to a mediation are usually advised to negotiate in a manner that leaves room for future dealings of parties. It is unwise to seek to milk an opponent of all available benefits accruable in a given situation knowing that at some later time your paths may cross again in seeking a solution to a mutual challenge or deriving a mutual benefit.

Life at private and commercial levels of relationships is a bundle of ever present negotiations. These negotiations need not be formal. What is however common to all situations is that at each point in time, one party requires the assistance or consensus of the other to achieve what is of value to him or her. The story is told of a young lady who once got fired in a foreign branch of a Nigerian Company for absenting herself from the office because she was nursing her fiancé who fell ill during a visit. All pleas made to her boss fell on deaf ears. Years down the line, the former boss, now in partnership with some others, required a loan to meet a pressing business need. Guess who the team met behind the oak desk as Bank Manager? The same lady he had fired in South Africa about a decade earlier.

The morale of this piece to mediation users is that room must always be created for future negotiation. No party should attempt to take off all that is available on the table because as noted herein, there definitely will be another day.