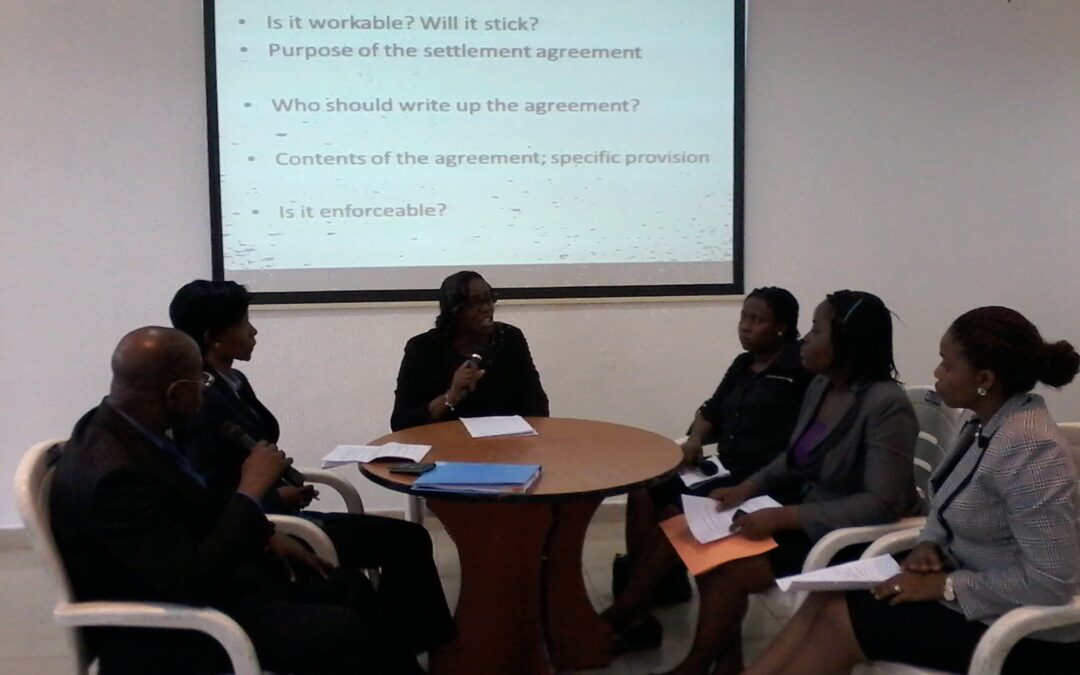 In law practice, litigation engagements usually begin with client interview. This is where through an interview process the lawyer gets to know the details of his client’s brief as to what transpired between him and his adversary in the dispute. Subsequent legal work is for Counsel to categorize the story into an appropriate area of law and to research the pros and cons of client case in strict compliance with available legal remedies.

In Mediation Advocacy practice, the scenario is fundamentally different as regards the ultimate goal of the client interview. The first of the differences is that this process of client interview is rather referred to as the pre-mediation conference. While the focus of the litigating lawyer is strictly on the legal cause of action or defence, the Mediation Advocate has an expanded scope of interest which extend to non-legal matters. As I have always had cause to state in my writings on this subject matter, alternative dispute resolution does not in any way dispense with the relevance of law in disputes. Indeed a Mediation Advocate must have a clear understanding of the laws relating to the matter in order to be better positioned to proffer alternative resolutions which shall not be dependent on the strict legal prescriptions of law, but on what the parties themselves prefer to do in the circumstances.

Contrary to the focus of the litigating lawyer, the Mediation Advocate will at pre –conference meeting seek to establish what precise outcome his client desires to obtain, not just in relation to the legal cause or defense of the action, but taking into account the full range of wider commercial, personal or emotional interests of the client. One effective way of doing this is to list or categorize all the concerns of the client in order of priority. But how do you get to know these concerns? It is by asking two critical questions. The first of these questions is what the Client wants. Yes, everyone who goes to a lawyer to request a law suit has a purpose. This usually will be based on the breach of a contract or the desire to enforce a legal right or an entitlement. The question about what the client wants is common to both the litigating lawyer and the mediation advocate. However, anecdotal experience shows that what the client wants is often a position statement based on emotions and not clearly thought out. He seeks to avenge a hurt, to deal with a haughty opponent or simply wants ‘’justice’’ without having given a thought to how this justice will best be achieved. All of these are what are referred to as positions.

The second and perhaps most critical question which unfortunately litigation lawyers do not concern themselves about is to go a step further to ask the client why he wants the demands he had made. That is, the underlying issues, the actual reasons behind his position. It is in this second question which will elicit his inner feelings and concerns that you get to know the wider interests of the party. To achieve greater success in the preparation for mediation however, it is advised that the disputant and his Advocate should also anticipate the concerns and interests of the other party in the dispute and to categorize same. The differences in the values of the respective parties are what should be the subject of negotiation at the session.

A few months ago, I was engaged as a mediator in an ad hoc mediation in corporate debt of several millions of Naira. Chief Executives of the feuding Companies had been friends long before the bitter quarrel instigated by the unpaid debt. What came up as a surprise however was that the key interest of one of the parties was simply that the telephone contacts between him and his friend (opponent) should be restored. He agonized that since the dispute arose, the other party who had meant so much to his commercial and personal interests had blocked his phone calls. Strange as this may appear, this was the concern of the party and not the monetary dispute which both parties had admitted.

The debtor Company was financially buoyant and failure to pay the debt was only the result of some procedural disagreement. Let it be made emphatically clear at this point that it is not within the professional competence of any mediator or mediation advocate to be judgmental on the reasonability or otherwise of what a party holds out as his or her interest. After all, beauty they say is in the eye of the beholder.

Unless a mediation outcome is unlawful, against public policy, or outrightly impracticable to be enforced, it does not lie in the mouth of anyone other than the disputants themselves to say that a mediation outcome or decision is unreasonable. This sadly is one of the downsides of the mediation process because even in circumstances where this disability is glaring to the Mediator, he will not alert the party to it since it is not within his professional competence to so do. You, therefore, need a mediation advocate.